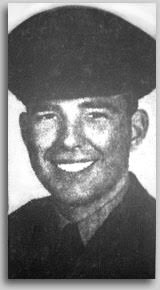 Police work just seemed a natural outlet for Jack's personality and many talents. Jack first joined the Menlo Park Police Department as a Reserve Police Officer. He attended San Jose State College police academy to qualify as a regular officer and he was sworn-in June 9, 1952.

John William Lyle, known to family and friends as "Jack", is remembered as a generous man, full of humor, a devoted husband and father who, according to his wife Norma, wanted a "houseful of children". Jack Lyle was born in the Chicago suburb of Oak Park, Illinois.

He was eighteen when his family moved to Menlo Park, California in 1949. Jack met Norma, the girl next door, on the day he moved in and they began a courtship speaking to each other over their backyard fence. Jack and Norma were married in September, 1950.

Mrs. Lyle remembers Jack's initial disappointment at leaving the Midwest. He was active in his church and considered becoming a minister. He was also an avid ice hockey and soccer player. But Jack discovered he loved Menlo Park. After serving in the U.S. Air Force, he decided he would settle here and raise his family. He later found new sports in sailing and target shooting becoming an expert marksman. His marksmanship was a skill his children and grandchildren would later acquire. Jack also enjoyed journalism. Despite the fact he enjoyed writing, Norma says she still typed all his college homework.

Jack's generous and caring nature was evident when working and taking college courses. Mrs. Lyle remembers that he would bring students home for supper after his classes. These were students who had no family in the area and surviving on very little while in college. Mrs. Lyle said she had a lot of spaghetti feeds and at times she would scramble to accommodate the extra guests that Jack invited along.

Norma Lyle recalls Jack's humor was the most evident on Halloween night. He enjoyed decorating and making a costume to scare the children who came to the door. One year he built a scarecrow in the front yard with a green lighted pumpkin head. It worked so well, not a single kid came to the door. The following year, he put together a "Frankenstein" costume. At 6'00'', 200 lbs, Jack presented an authentic and imposing figure. When Jack opened the door as "Frankenstein", the children screamed and ran forgetting all about trick-or-treat! Norma Lyle laughs at the memory, recalling, "We had a lot of candy left over that Halloween. We always had too much candy left over." She asked Jack to "tone it down" the next Halloween.

Mrs. Lyle recalled the stories he told of his experience as a police officer. In one of Jack's more emotion-filled calls, he responded to a child hit by a car when she ran out into traffic. The child died in Jack's arms at the scene. Mrs. Lyle said the incident stayed with him for a long time. She recalled another story about an incident where a husband was literally strangling his wife. When Jack and his partner pulled the husband away, the wife started attacking Jack.

On another call, Jack and his partner responded to an incident at a house where, before they could get to the door, a large vicious dog kept charging at them. They repeatedly told the resident of the house standing in the door to call his dog off or they would have to shoot it. The man would not respond. They finally shot the dog. When the smoke settled, they asked the man, "Why didn't you call off your dog?" The man replied, "It's not my dog!"

In March, 1960, Officer Lyle received a letter of commendation from Menlo Park Police Chief George Potter for his part in rescuing children from a burning house in the Belle Haven neighborhood. Officers Ed Schild and Jack Lyle spotted smoke coming from a house, called the fire department and kicked the front door open to rescue the Joseph Singh family. Lyle and Schild carried three youngsters, ages 7, 2 and 16 months to their patrol car and turned on the heater to keep them warm. Due to their fast action, no one was injured.

In June, 1960, Officer Lyle saved the life of woman at a domestic violence call. The woman called police reporting her husband was stabbing the furniture and threatening to kill her with a knife. Officer Lyle confronted the man, still wielding a large butcher knife at his wife, and threatening him too. The man refused all orders and warnings and when the man advanced on them he was shot and killed by Officer Lyle, saving the woman. Jack was exonerated and the shooting ruled justified, but he was left shaken by the whole experience.Four months later he was killed in the line of duty.

Over 700 hundred officers and attendees honored the life of John W. Lyle at his funeral service on Septmber 26, 1960 at Menlo Park Presbyterian Church. Officers marched in formation, escorting the hearse from the mortuary to the church. The funeral procession included all 40 members of the Menlo Park Police Department. Over 600 police and other law enforcement officers representing agencies from all over Northern California and the San Francisco peninsula joined over 100 family, friends and members of the community at the services. The Lyle children were 2, 4, 6 and 9 years old at the time.

Officer John Lyle was survived by his wife Norma, and their four children, daughters Karen, Susan, Donna and son John W. Lyle. Jr. and six grandchildren. Much of the family still live in Menlo Park.

Officer Lyle followed an occupied stolen car into a downtown Menlo Park parking lot. Officer Lyle blocked the stolen vehicle when it attempted to leave and he contacted the driver. The 22 year old car thief, Roy Henry ('Hook') Lane, Jr. from Stockton, exchanged gunfire with Officer Lyle. Officer Lyle was killed in the gunfight. The shooter then fled on foot and was captured near the scene. The suspect admitted to the murder of Officer Lyle. Through the evidence and suspect accounts investigators pieced together the following account of the incident.

Officer Lyle came to work on September 22 and began his on-duty shift at 4:00 p.m. A stolen car report and description was broadcast at 4:35 p.m. by the San Mateo County Sheriff's office and re-broadcast by Menlo Park Police. Officers were advised to look for the stolen car taken from a Hillsdale garage in San Mateo. Officer Lyle had begun serving warrants on his beat and met with his partner, Officer Richard M. Donohoe. They discussed the stolen car description. It was a distinctive one - a bright red 1959 Thunderbird with a license plate bearing the letters "SPY". The suspect, Lane, and an accomplice, later told investigators they planned to rob a bank in downtown Palo Alto, but changed their minds. Lane drove to Menlo Park to rob a bank or the Draeger's market instead. Lane said he was driving toward the Draeger's Supermarket at 1010 University Drive when he saw the police car. He pulled into the Draeger's parking lot and parked in a stall at a 45 degree angle. The car had been stolen so recently, he said he did not think the officer would have a report on it yet.

Officer Lyle was driving on Santa Cruz Ave. and spotted the stolen red Thunderbird turning onto University Drive. At about 4:48 p.m. Lyle pulled his police car in directly behind the stolen vehicle, blocking its path to the exit. Lane then attempted to back the car out, but instead hit the side of the police car. Lyle got out of his patrol car and went to contact the man driving the stolen car.

Lane had a .45 caliber Colt semi-automatic pistol and a .38 caliber Walther semi-automatic pistol on the seat beside him. When Lyle got out of his patrol car, he drew his own gun and reportedly told Lane to "Get out and don't move." Lane turned in the driver seat, opened the driver door of the T-Bird and fired at Lyle. A blazing gun battle ensued at almost point-blank range with 18 rounds fired. Lyle fell to the pavement beside the driver's side of the car.

Lane had a glass eye and a prosthetic left forearm with a hook in place of his left hand - from an accident during a bomb-prank in 1955. He was still able to empty two pistols at Lyle during the gun fight. Lane claimed in interviews that Lyle fired first, but investigators dismissed his story, since his only injuries were minor bullet fragment wounds in each knee, possibly from the same bullet.

Witnesses said, after the 29 year old officer had fallen face down to the pavement, Lane stepped from the car and, standing over Lyle, fired directly into the body. One of the four bullets which struck Lyle entered the back of his head and passed through his brain, according to the San Mateo County Coroner's office. Besides the bullet in Lyle's head, another was found in his solar plexus, and two more waist high. Either of the first two shots would have been fatal, according to the coroner's office. Officer Lyle died at the scene.

Before Officer Lyle exited his patrol car, he had radioed for assistance from other officers. Officer Dick Donohoe recalled Lyle's last words, "Dick! Come quick! Draeger's lot!". Donohoe heard the shots from one block away. By this time, two other police cars and a three wheel motorcycle were converging on the scene.

At first, Lane attempted to run toward Santa Cruz Ave., but he turned around when he saw the approaching police car driven by Officer Donohoe. Donohoe, leaping from his car, gave chase on foot. Lane ran along Evelyn Street and in the back door of Draeger's Supermarket with Donohoe about 30 feet behind. Donohoe recalled he saw Lane shoving people aside. Lane ran through the store and out again. Donohoe said as he chased Lane he slipped on the linoleum floor and fell, sliding feet first into a checkout stand, which planted his feet and set him upright so he could keep running. Donohoe captured Lane near an apartment house at Universtiy Drive and Menlo Avenue. The assailant's arrest took place just two blocks from Lyle's home.

The Colt .45 caliber handgun was found next to the car and the Walther .38 was dropped by Lane outside the store room of the market. Donohoe grabbed it during the chase. Lyle's gun was found under his body. Police confirmed all seven shots were fired from Lane's .45 and the .38 had been fired until it jammed. At that time, MPPD officers were only allowed to have five rounds in the cylinder of their duty weapons. All five rounds from Lyle's revolver had all been fired, striking the windshield, seat and rear view mirror of the T-Bird. Lane had four extra magazines in his pockets when captured. He told police he had the guns for "target practice". Lane told police he hitch-hiked to San Mateo from Stockton, when in fact he stole several cars to make the trip. It was later confirmed that Lane and his accomplice, Ray Ruiz of Stockton, also committed an armed robbery of a See's Candy store in the City of Walnut Creek on September 17.

According to Stockton Police Chief Jack O'Keefe, Lane was well known to Stockton officers and had an extensive criminal past beginning when he was a juvenile, including thefts and carrying concealed weapons. The Stockton Chief described Lane as, "Mean by nature." Roy Lane was convicted of the murder of Officer John Lyle and sentenced to death. Lane was executed in November, 1962 at San Quentin state prison.

Over four decades later, Jack Lyle is still dearly missed by all who knew him and loved him. The Menlo Park Police Department honors his memory and remembers his service to our community and to the City of Menlo Park.

"Officer Lyle's badge, number 3, has been permanently retired from service in his honor."

Subscribe to our newsletter to receive important updates and the latest news from The Menlo Park Police Officers' Association. 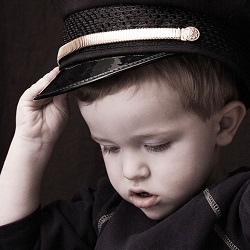